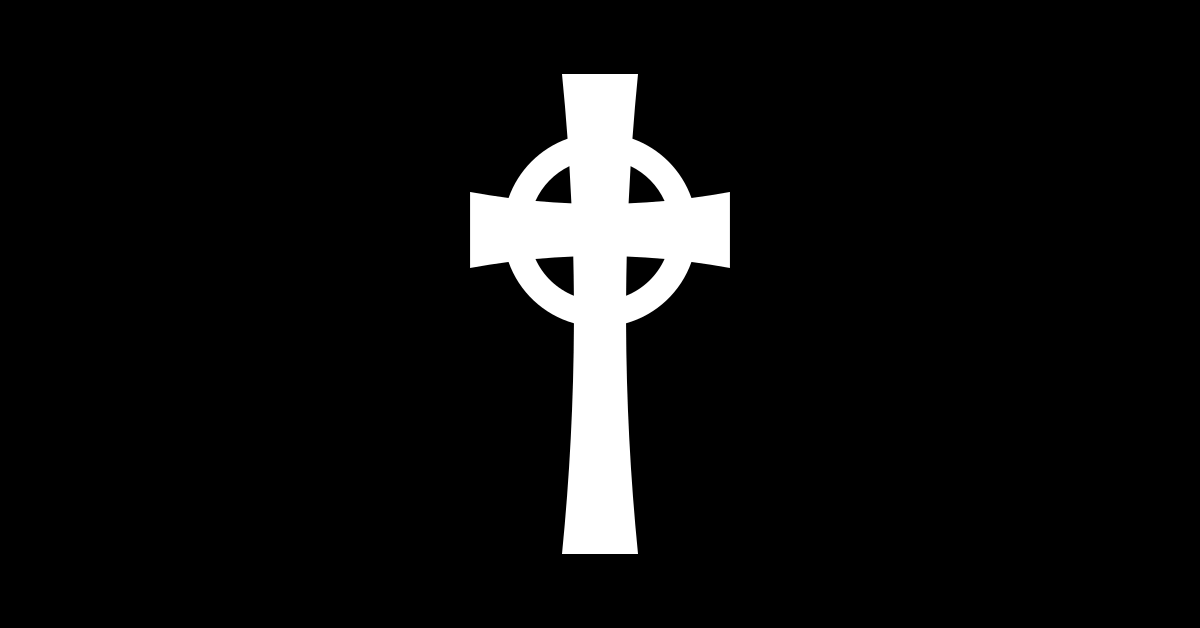 In this post I’m going to share with you the Boondock Saints prayer which was popularized in the 1999 movie of the same name.

This prayer has become so popular that many people are getting tattoos of the text on their body.

Ready to learn the meaning of the Boodock Saints Prayer (aka the Family Prayer)?

And shepherds we shall be. For thee, my Lord, for thee. Power hath descended forth from thy hand that our feet may swiftly carry out thy command. So we shall flow a river forth to thee and teeming with souls shall it ever be. E nomini patri, et Fili e spiritu sancti. 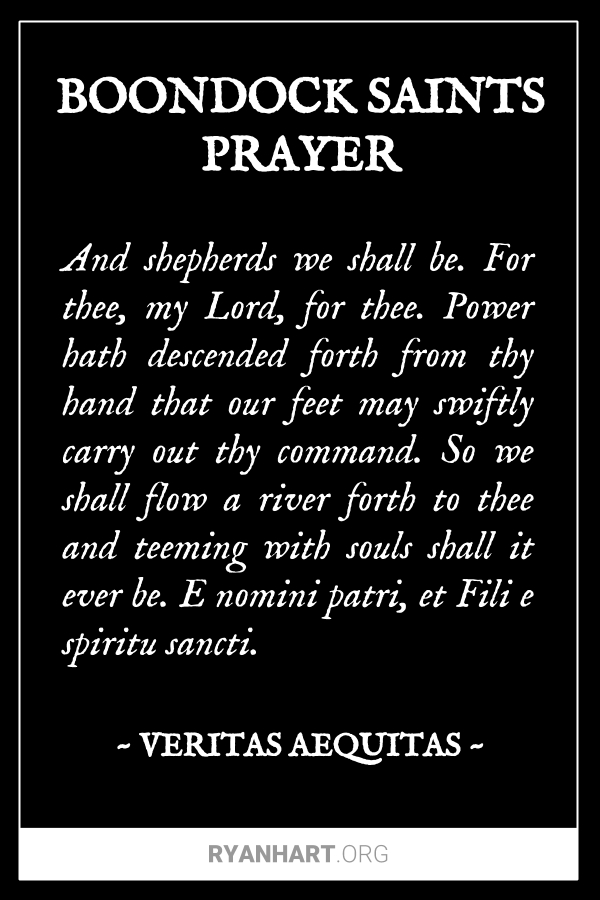 The main characters of the film, Connor and Murphy McManus, receive a message from God instructing them to “destroy all that which is evil…so that which is good may flourish.”

Then, they embark upon a misson to follow God’s direction.

During a popular scene in the movie, the McManus brothers recite the “Family Prayer” together.

Roughly, the prayer means that they are shepherds of the people for God and their power was sent from his hand. They promise to follow his directions and send him the sinners. The prayer ends with a line in Latin which means: “In the name of the Father, the Son, and the Holy Spirit.”

Another phrase which appears frequently in the film is: “Veritas Aequitas.” This Latin phrase means “truth and justice.”

It can be found in Isaiah 59:14 of the Latin Vulgate bible:

"And judgment is turned away backward, and justice standeth afar off: for truth is fallen in the street, and equity cannot enter."

Origin of the Boondock Saints Prayer

The prayer was written by the director of the movie, Troy Duffy. Although the prayer is not found in the bible, it may be based on scripture.

This bible verse describes the punishment inflicted by God on sinners for their behavior. The Boondock Saints prayer reflects this sentiment as well.

The only line from the Boondock Saints prayer which appears in the bible is the last line which says: “E nomini patri, et Fili e spiritu sancti.”

This phrase is Latin and is frequently used by Catholic priests during prayer. It can be found in Matthew 28:19-20 of the Latin Vulgate Bible. It reads as follows:

Go ye therefore, and teach all nations, baptizing them in the name of the Father, and of the Son, and of the Holy Ghost: Teaching them to observe all things whatsoever I have commanded you: and, lo, I am with you always, even unto the end of the world. Amen.

What does the Boondock Saints prayer mean to you?

Would you get it tattooed on your body?

Spiritual Meaning of Angel Number 1111
Why You Dream About Someone
[Comments are closed]
Comments:
Ryan Hart
Is Boondock Saints the greatest movie of all time? Please leave a comment and let me know.
Johnny L Juarez
With everything going on with the #saveourchildren movement I have decided this OS my next tattoo.
MARVENE NOLAN
I knew that this was not a direct prayer from biblical text, but I always feel strength in hearing it. Would I tattoo it on my body? No I don't think so, but I understand why it is so popular. This is one of my favorite movies and I hope you continue to keep the discussion open. Very cool!
deron mutzabaugh
I've loved this since the first time I heard it, and honestly couldn't explain the meaning any better. I did design my own tattoo for this and its my favorite one
Craig Shafer
Sounds like a time of the Millennium where we receive the Rod steel or of Righteousness to judge the world under perfect government of Jesus . Even with perfect government and perfect environment there will be those who reject Christ and hence the revolt at the end of the Millennium .
David Savage
Romands 12:19 avenge not yourselves , Vengence is mine , I will Repay, saith the lord
Maria
I enjoyed the article. We have to be careful because many people are only influenced by movies and believe them to be true and factual. As a personal walk; we have to ask ourselves does our intent of our heart line with the character of God. I believe that is aligned by Francis of Assisi (the originator of the 100 year old prayer.)