The Fireman's Prayer for Firefighters and Spouses 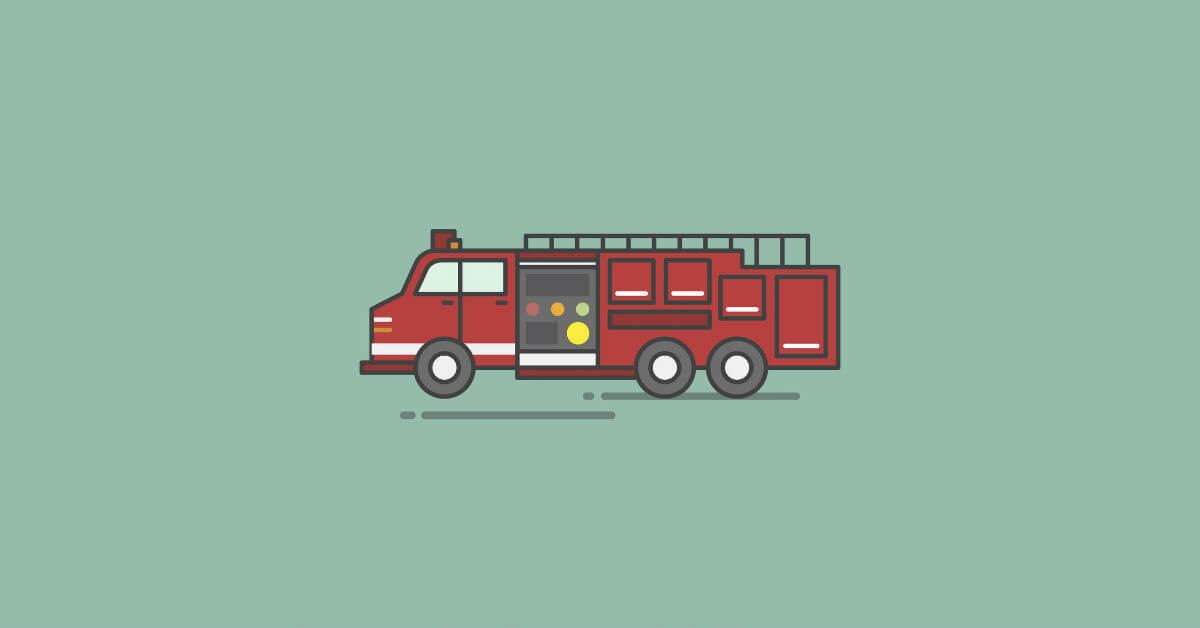 In this post I’m going to share with you the Fireman’s Prayer which was written by a firefigher named A.W. “Smokey” Linn.

According to his grandaughter, he wrote this prayer after responding to a fire that did not go as planned and several lives were lost. Almost 50 years later, his prayer is still said by firefighters around the world before they begin their shift.

Ready to learn the Fireman’s Prayer?

When I am called to duty, God
whenever flames may rage,
Give me the strength to save some life
Whatever be its age.
Help me to embrace a little child
Before it’s too late,
Or some older person
from the horror of that fate.
Enable me to be alert
And hear the weakest shout,
And quickly and efficiently
to put the fire out.
I want to fill my calling
and give the best in me,
To guard my neighbor
And protect his property.
And if according to Your will
I have to lose my life,
Please bless with Your protecting hand
My children and my wife 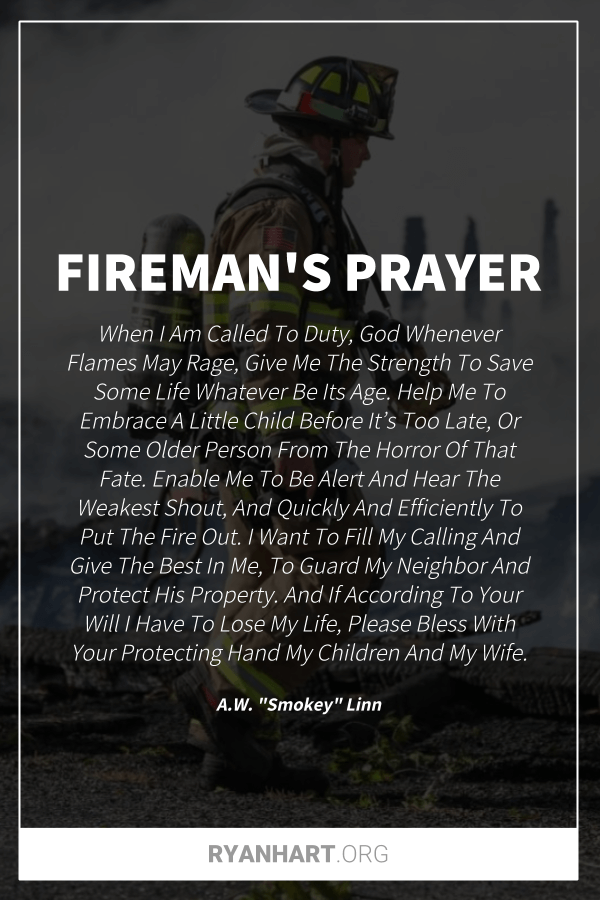 What does the Fireman’s Prayer mean to you?

What prayer do you read before responding to a call or starting your shift?

Spiritual Meaning of Angel Number 1111
Why You Dream About Someone
[Comments are closed]
Comments:
Ryan Hart
May I pray for you? Please leave a comment and share your prayer request.